Views are now enhanced with two cool options in your
Android task manager MyLifeOrganized. Let us start with the first one, it is called “
Views update mode” and can be found in MLO settings.

By default, as soon as you change the task so that it no longer corresponds to the current view, such task immediately disappears from this view. For instance, this occurs when you remove a star from a task in the “Starred” view or complete a task in the “Active Actions”. However, quite often it is necessary to make several changes in one or several tasks, and only after that update the view so that these tasks could disappear from the view or new tasks added to it after these changes. In other words, it would be better to control how fast to refresh the view with tasks. And this is what our new feature is about.

Thus, the view update mode settings allow us to update views either automatically (i.e immediately after the change, as it worked before this update) or manually (when you made all planned changes in the current view and ready to update it).

Look how to the view for “Starred” tasks can be updated manually:

Now in detail. First, we tap off the automatic update in the “Views update mode” settings. After that, we remove a star next to the task. The task does not disappear from the view of Starred immediately as it usually does, instead we see the current view name with a small asterisk before it. This asterisk signals us that we have made some changes to the tasks and the current view may be not up to date anymore. We can edit the task’s properties and once done we tap at the top panel. Finally, the view is updated, removing the unstarred task from it while the asterisk disappears.

Tip. When dealing with the automatic mode, it may also be useful to tap for the “delay view update” option, which would mean that you will have time to tap several tasks before the view is updated. Thus, its update would be less abrupt.

Besides, we can choose the update mode for each single view. In this case, each view can be configured separately with three suboptions, namely “Use profile setting” (which is default), “Automatic” and “Manual”. This means that you can set one view to update manually and another to keep the automatic updates as before.

This creates an unlimited space for configuring your own complex MLO planning systems and profiles. To start with, you may configure the “Active actions” view to be updated manually, so that, after completing a task, such task would not disappear immediately, but leave some time for considerations and final review. At the same time, you may keep the “Starred” view in automatic update as before since you usually need this particular view to refresh immediately after your change. Thus, each of your current decisions would be ultimately precise and accurate.

Using the second feature, “Switch view on the click”, we no longer need to switch a view only by using the main menu, but we can opt for a single tap at the top panel with the current view name. Therefore, for example, after tapping the asterisk in the manual mode, we can immediately proceed to another view by clicking the header the second time. This makes our experience of the view update brighter and saves lots of time when we need to be at top speed. 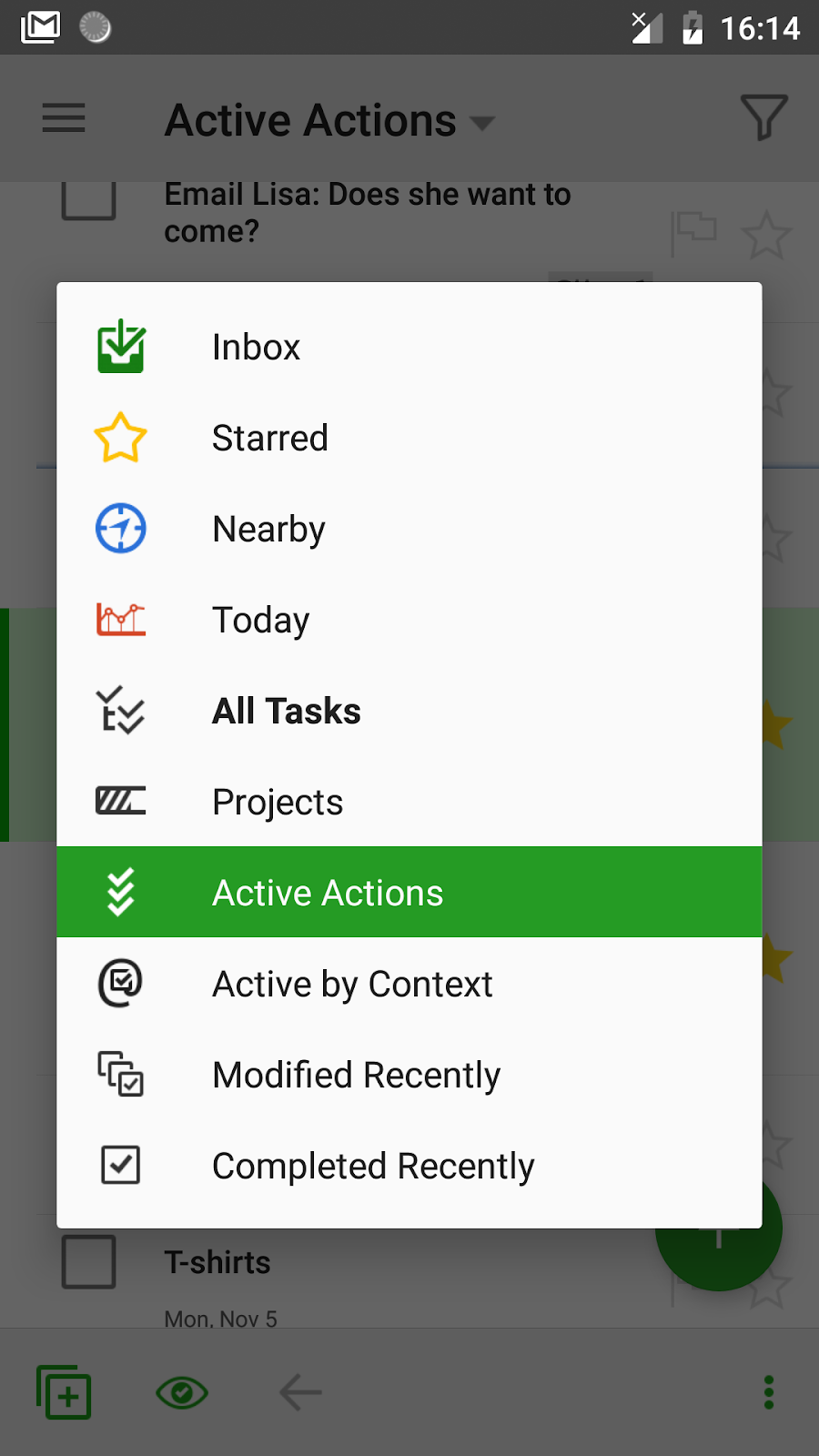 Finally, both features complement each other and your interaction with the app will be twice more effective.

Tip. The Pro version is required to use these features.

The MyLifeOrganized team
Life is easy when organized